From Braidlocz to Traditional Locs

Greetings peeps.
I just wanted to give a brief update on my cousin's braidlocz. I installed his braidlocs at the beginning of the year --> SEE. And since then, he's been for a re-ti only TWICE. So imagine my frustration as I agonized about retightening his hair after going almost 4 months. So, I decided to convert from braidlocz to traditional locs, which took just 2 hours to redo as opposed to 4 possibly 5. Quite surprisingly, his hair held up well. He is definitely on his way to locing. Also, out of the gazillion on his head, only 3 of 'em unraveled. So here's a before & after look of his hair. 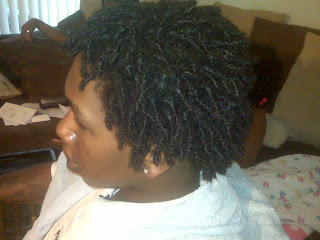 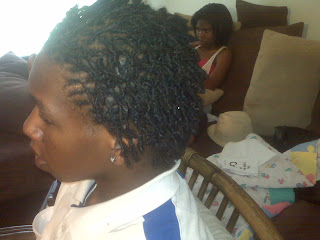 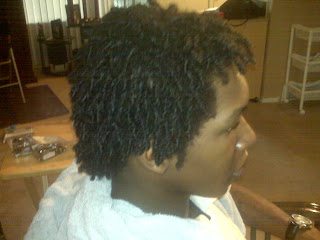 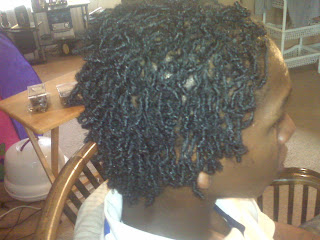 How Many Have Stopped By

Please subscribe to receive updates on my 1st novel, In Me I Trust, coming early 2012

Email Marketing You Can Trust

PhePhi
I am many things but, 1st & foremost, I am a mother & a wife. I am a writer, a DIY'er, a teacher, a giver. I am easy to get along with but am selectively sociable. I have a sense of humor but am serious. I am quick-witted & sometimes crass. I have a sharp tongue, which I am kinda working on, that I use only when warranted. I am a dreamer, a believer. I am ambitious & motivated. I have many interests, which oftentimes cause me to focus on too many things at once (working on this too). I am a passion-seeker & very close to having my dreams realized. Wanna know more: allaboutphe@ymail.com